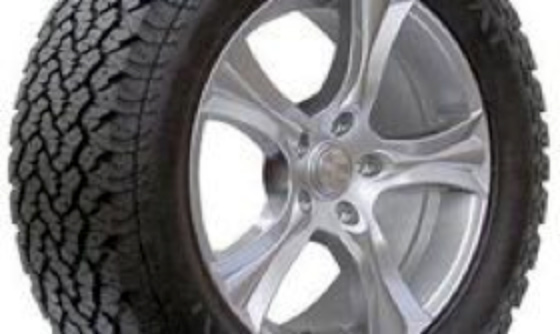 Guernsey is full of unusual businesses experienced in the pressures of exporting, manufacture and operating all over the World. One such company is Guernsey business The Compass Group. You may not have heard of them but you’ve probably come into contact with them. Next time you visit Target, Kwik-Fit or the rest, or watch Andy Priaulx’s car gripped to the track, this particular local business has a presence in both scenarios.

Formed in the early 1970’s the Compass Group is still a privately owned and controlled Company with its head office in Guernsey.

In addition to its tyre related activities in the UK and overseas which makes it one of the UK’s largest privately owned tyre wholesale Companies, Compass Group Ltd comprises a number of other Companies and Divisions covering a diverse range of activities from manufacturing and retail through to a specialist China orientated business Consultancy, and an accredited World Bank Procurement Agency.

The Compass Group has offices and staff in Guernsey, London, Huddersfield, Beijing, Qingdao and in Bauchi state Nigeria.

The Compass Group Ltd stable of tyre brands includes several well known brands. In addition to its own trade mark registered ‘Compass’ brand which is a market leader in the trailer and caravan original equipment sectors, the Company has exclusive rights to several other leading car and van tyre brands including GT Radial and Enduro which, when these are combined, produce sales in the UK and Ireland of over 2M tyres sales a year.

The history behind the growth of Compass Group into the market leading position it enjoys today in the tyre industry is an interesting one, and certainly unique given its headquarters here in Guernsey. The Company launched the now very well known GT Radial brand into the UK and Europe back in the 1980’s when it imported the first ever GT Radial brand car tyres into these markets. Over the many years since then it has seen the brand grow to become the UK’s leading mid range brand. Indeed it is now so well established and highly regarded that, in addition to the many other distribution channels through which it is sold by Compass, it is also sold through Kwik-Fit, the UK’s largest fast fit chain with over 700 outlets.

Because Compass Group is associated with a number of highly successful brands that it launched and then developed it is recognised as one of the most experienced and influential tyre Companies in the industry. The Group has a large national and international workforce covering logistic experts, warehousing staff, drivers and experienced administration and sales departments. The Group also has research and development capabilities which it applies to the design and manufacture of new tyre sizes both for the replacement markets as well as for its many original equipment customers in the UK and across continental Europe.

Tim Chesney explains that the success that has been achieved is down to a massive effort over many years by an excellent management team and some of the best sales staff in the tyre industry – and most of these people have been with the Company for many years. “We have staff and product continuity and therefore really deep knowledge of the products we sell and the markets we sell into”. Tim explains that his role as Managing Director, which he has undertaken for the past 25 years, is devoted to “driving the Company forward, looking at strategies for continued growth and dealing with the multitude of complex issues that arise when running a large company with activities spread over several continents.

Tim says that he is proud that “with a first class team of committed, enthusiastic and knowledgeable staff we have been able to develop to the point where in the UK and Ireland we now have the largest replacement tyre market share of any Company outside the large cooperatives or tyre equity groups”.

Many successful strategies have been followed by Compass over the years to help promote the Groups’ key brands. One such example was when the Company saw the potential opportunity to move into the original equipment sector. It was with this strategy in mind in the early 1990’s that the Company took a number of initiatives to introduce some of its brands to vehicle manufacturers – concentrating initially on the trailer sector, where these brands subsequently became the tyres of choice for trailer manufacturers in the UK. This success is now replicated across other niche areas of the OE market such as the touring caravan sector. Tim believes that it has been initiatives such as these – which many people at the time thought relatively new brand(s) could not aspire to – that have helped to propel Compass into the position it enjoys today and to put it squarely on the UK and European tyre industry map.

The Company is currently pursuing a number of initiatives to expand its tyre sales including expanding the size range of its Compass brand by investing in more tyre moulds in China, introducing totally new brands in the UK and Europe and looking for new business outside Europe